Concealed in a shipping container, six secret agents arrived in April — unarmed, disarming, and charming. Their handlers, the Cool Things Outside Corporation, commandeered a lavatory and quartered the agents in an improvised barracks. Dozens of locals peeped in on them each day, and they were surveilled 24/7 in a public livestream. On weekends, a dedicated corps of volunteers smuggled in food and assisted in their care. Now that the agents have been exfiltrated to an undisclosed location (for the summer), their missions and other intel can be revealed. [Code names and known aliases only. Sequence is random and not indicative of command structure or pecking order.]

Bio: Tux (aka Happy Feet, aka Charles) is a Midnight Majesty Maran with white-tipped wings. 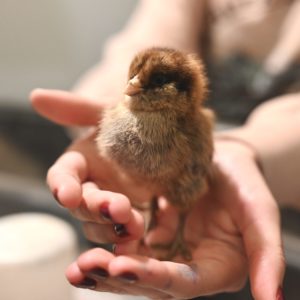 Bio: Dynamite (aka Poopy, aka Charles) is an Ameraucana. She’s the largest of all the chicks. 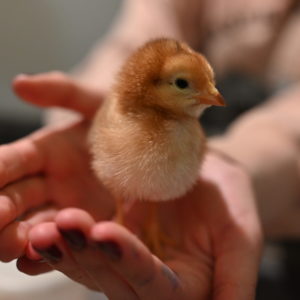 Bio: Toast (aka Marshmallow, aka Charles) is a Rhode Island Red. Toast is always hungry. 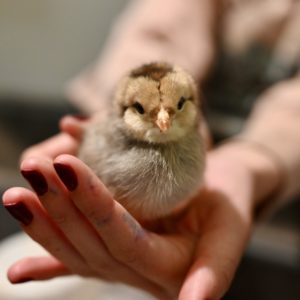 Bio: Suenami (aka Cinnamon, aka Charles) is an Ameraucana and she’s always running around. 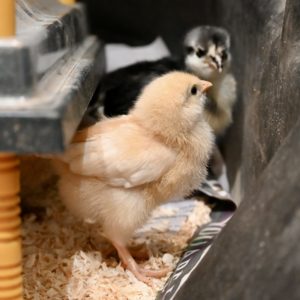 Bio: Chickpea (aka Macaroni, aka Charles) is an ISA Brown and she’s BY FAR the bravest chick. 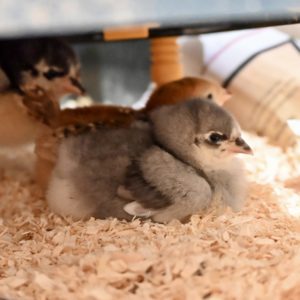 Bio: Dust Bunny (aka Storm, aka Charles) is a Sapphire Gem. She is timid and SLEEPY. 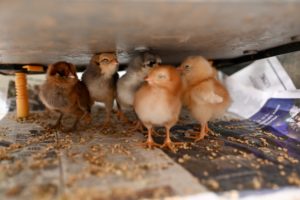 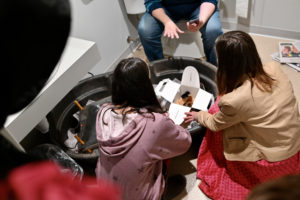 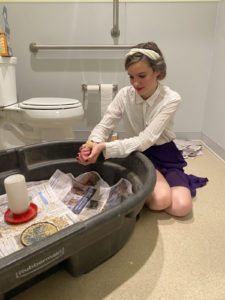 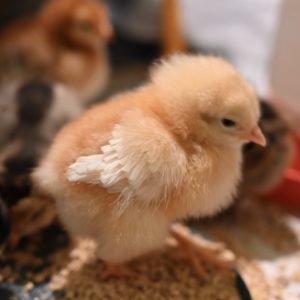 This is a caption. Doesn’t display. What’s the point of a caption here? 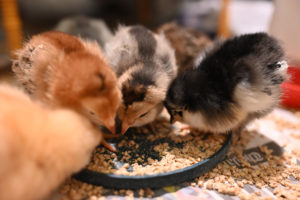 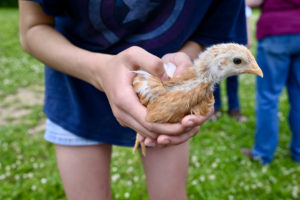 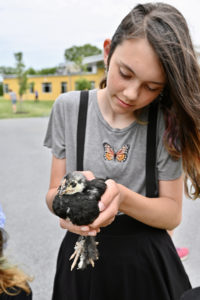 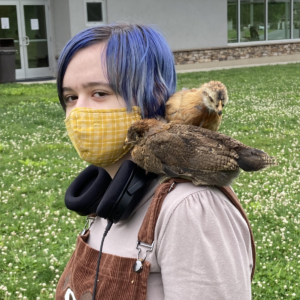 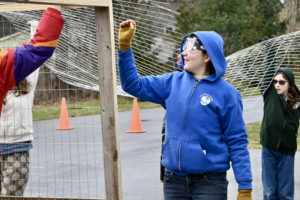 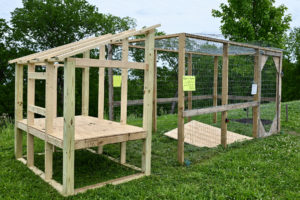 Taking the chicks home for the summer: Marina

Bringing them back in the fall: Marina